After the holidays I hope everyone will be excited to stamp at Technique class on Thursday January 6th at 6:30 p.m.  There are so many cute new sets in the Occasions Mini catalog that I know you will enjoy using at class and many times again.  Each card has two techniques, but each is simple on its own so it won't take much extra time.

First is the Out of the Box and Crayon Resist card shown below. I think you will enjoy how easy the rectangle brocade stamp in the new Clearly for You set makes the Out of the Box technique incredibly simply to do!  You'll just have to take my word for it until you see it in person that the white border around the image really makes it "pop". 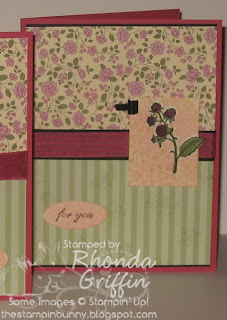 Next is a Hershey Bar holder in which we'll try a little Trash to Treasure with Embossing on Waffle paper, and you can choose your own sentiment. 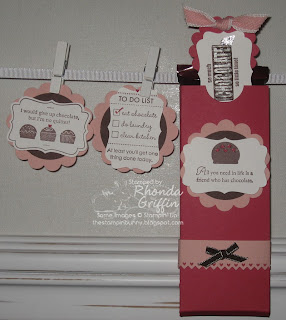 I was inspired to try the colors and edge from this lampwork pendant bead I purchased a couple of years ago for this one in which we'll use the Stamp A Ma Jig for some two-step stamping and a Post It Note for masking. 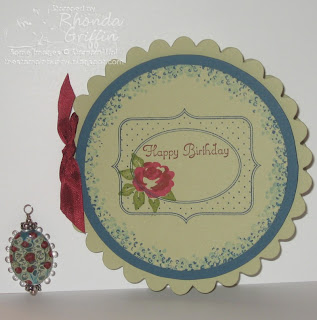 This one uses the new Framed Tulips embossing folder for both sponging on embossing and the marker to stamp technique... 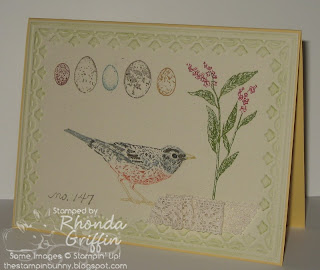 March 30th and March 31st/April Technique Class and Stamp Club-orders must be in on March 31st at 7 p.m. for Stamp Club

I hope you enjoy your visit here!

RhondaG - The Stampin' Bunny
I love to stamp, and I have a supportive husband and two sweet daughters. I've been a Stampin' Up! demonstrator since July 2006, and what "addicted" me to stamping was my love for Stamping Challenges. My favorite Stampin' Up! event is having class on the first Thursday of each month, and I have a Stamp A Stack, scrapbooking class or Stamp Camp as requested. I'd be happy to create a card night for you and your friends as well!